“If you’re an alcoholic they can cure you, but if you’re a ‘farmaholic’ there is no cure.” – Pete Beccari

For this week’s Farm Feature, we spoke with Pete Beccari. Along with his wife Jan, Pete runs Beccari’s Farm and Market in Oakdale, PA. Pete is a third-generation farmer and his family has been farming the same land for roughly 130 years. Their farm market has also been in business in the same location for 53 years. The Beccaris joined Penn’s Corner Farm Alliance in 2007. Though he grew up on the farm, Pete didn’t intentionally set out to become a farmer once he grew up. He acquired a degree in business retail management and also worked as a mechanic. However, after being laid off from work a number of times, he decided return and revive the family business and has now been running the farm for 35 years. He feels that he was called back to the farm and likes to say that: “If you’re an alcoholic they can cure you, but if you’re a ‘farmaholic’ there is no cure.”

The Beccaris grow a wide range of produce, including sweet corn, tomatoes, zucchini, beans, peppers, pumpkins, apples, and peaches. Pete says that he doesn’t have a typical day on the farm, since his work constantly changes depending both on the time of year and the circumstances that come up on a daily basis. However, out of all of the many tasks he performs on the farm, his favorite thing to do is to pick beans. “It’s probably my most favorite thing on earth,” he says, noting that it’ s something he’s been doing since he was a boy and is at once both peaceful and fun. No matter what he’s doing on a particular day, being a farmer is always long and hard work. Pete’s day typically begins at 5 or 5:30 in the morning and goes until 9 at night, seven days a week. While he takes care of all the farm work, his wife Jan does the farm’s bookkeeping in addition to working a full time job outside of the farm. When he’s not working on the farm, he enjoys building Street Rod cars and he does carpentry and house repair in the winter once the farm work has slowed.

Pete says that he’s often surprised to see how far removed the general public is from an understanding of agriculture and seasonality. In a world where nearly every type of fruit and vegetable can be purchased in the grocery store year-round, Pete says he’s constantly educating customers in the market about when things are available locally. He says that they’ll often ask for sweet corn in June before the season has started, or for strawberries in August when they’re no longer available. However, he also says that customers who buy produce from their market will often remark how fresh tasting and juicy everything is. Therefore, though it’s not available year-round, the impeccable flavor and quality of the fruits and vegetables far makes up for them only being available for a short time each year.

Through your purchase of a Penn’s Corner Farm Alliance CSA, you are able to experience the bounty of what Southwestern Pennsylvania can produce and are taking part in eating seasonally. You are also helping to support the livelihoods of local farmers such as the Beccari’s and preserving the vitality of the local economy. Thank you again. We hope you enjoy this week’s CSA share! 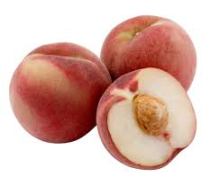 Store:  Place them on the counter (as long as it’s cool and not in direct sunlight) until they reach your desired ripeness.  After they ripen, store them in the refrigerator.

Store: Remove beet greens, store in a plastic bag in the refrigerator.

Store: Keep in a plastic bag in your refrigerator.

Store: Keep the husks on and store in the refrigerator until you’re ready to cook it.

Store: Store at room temperature out of heat or sun, if you plan to eat them quickly. New potatoes are not cured so they will not last as long as other potatoes (a few days vs. a few weeks). For longer storage keep them in the refrigerator.

Store: Keep them cool, not cold.  When you refrigerate tomatoes, any ripening you want them to do will stop because of the cold.  Unless your tomatoes are very ripe and you’re going to eat them quickly, keep them out of the refrigerator. 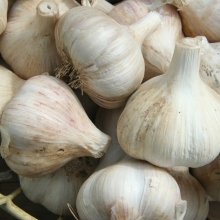 Store: Keep in a cool dry place.  Garlic does best at 60 degrees F.

Recipe:  how to roast garlic

Store: At room temperature on a plate not in plastic, keep out of sunlight.  Keep in mind that storing in a refrigerator can make tomatoes mealy and the skin dry. If you find that your tomatoes are not yet ripe, let them ripen on your counter top for a few days.

Store: In a plastic bag in the refrigerator 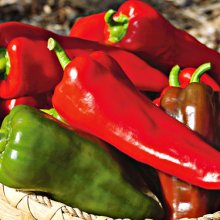 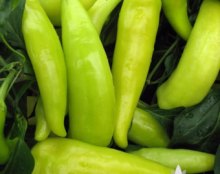 Store:  Refrigerate and keep them in a plastic bag.

Store:   In a plastic bag in the refrigerator.

Store:  Store briefly at room temperature or refrigerate in a paper bag.  Be sure to remove the husks before cooking, 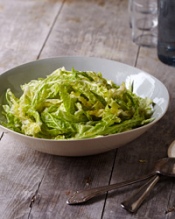 WHAT WE’RE TWEETING ABOUT